A week in Stuttgart, Germany

People say good shoes take you to good places. Throughout the duration of the Erasmus+ Mobility Program, I’ve lived in my sturdy black boots as they discovered the flourishing and charming streets of Stuttgart, Germany. Along with my classmates from the Escuela Oficial de Idiomas (Alcalá de Henares), we joined students from the Volkshochschule (VHS) in their language classes. With almost 900 centers, VHS provides adult education through language, computer, politics, art, dance, and cooking classes, among others. Despite not knowing a lick of German, I may have learned a word or two along the way.
In this blog post, I’ll take you through class halls, kind faces, delectable food, significant places, and the lessons I’ve learned along the way.

After all, it’s coffee first (with milk, always) and then the world. Andrea took us to VHS’ cafe and gave us a tour of the school after introductions. Classes can be seen on the right side as panels display the courses, hours, and room numbers for each. The design of the building is quite unique, and the most interesting fact about it for me was how the first set of stairs from the door leads straight from the ground floor to the second floor, not the first one. Andrea states that this was because the designer meant to mimic the learning process, which was not a straight line.

Despite the learning process not being a straight one, it is definitely a fun one. I had two classes that Monday, a Spanish (B2) class and an English (B2) class. Being a Spanish student (B1) at EOI Alcala de Henares, I enjoyed this class a lot. I sat with two other schoolmates, Laura and Zaki, in front and we were interviewed by the students. This class focused more on speaking, which I appreciated greatly (as I had great difficulty in this area) and I worked with Elke, a German student studying Spanish, for a pair activity. We had to create a story using nouns, verbs, and adjectives on the board. Elke mentioned she had been to Manila quite a few times as a flight attendant for work and she loved the city, which made me feel wonderful. I enjoyed this class so much, and dare I say that it’s my favorite one. A funny story about this class: I was asked which food was my favorite and I chose a dessert from my homeland, the Philippines, which is called “halo-halo.” Imagine how I felt mid-sentence when the German students exclaimed, “Halo! Halo!”

For my English class that same afternoon, I went with Conchi and the class dealt with a selection on billionaires and the Giving Pledge. It was a relatively small class and we had a lot more interactions due to this.

I also liked how the teacher explained keywords in the essay before proceeding and asked comprehension questions per paragraph. We discussed what we would do if we were billionaires and which causes we would donate to. Being a student from a developing country and a teacher in a developed one, I discussed my view on how I would donate to education.

After all, Nelson Mandela once quoted that “education is the most powerful weapon which you can use to change the world.” No questions there.

This has to be one of the words I have heard the most, and the most intriguing one because it means a lot of things. It could mean “please,” “you’re welcome,” “go ahead,” or “pardon.” I may have said this quite a bit in my online Spanish (A, III) class on Tuesday since we had a bit of technical difficulties. I got to have a much needed review about the weather, colors, types of clothes, and expressions by describing pictures.

Furthermore, I mentioned this a lot in my French (A2) class on Wednesday as it was in a
different center, VHS Unteres Remstal. In this class, I was with Conchi once again. We studied flowers and read a selection about a woman who made a business out of selling flowers on the street by the main square. Afterwards, we watched an animated video about a woman finding a field of flowers and discussed if giving flowers was common in our country. Despite this class being a bit tricky as I haven’t studied French in almost 7 years, I also enjoyed it. I had Carla Bruni’s “Quelqu’un m’a dit,” a song we discussed in class, stuck in my head like an earworm until the end of the trip. 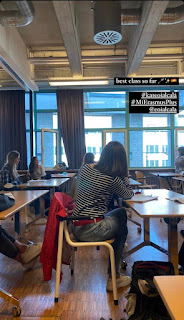 After a series of intensive German classes, my schoolmates and I greeted each other “Guten Morgen” and “Gute Nacht” instead of our usual Spanish greetings. Had we stayed there for another week, we would have continued this and used more phrases, I kid you not.

I had German classes with Conchi and Laura. While I have never studied German, almost all of my classmates encouraged and helped me: lending me their books or explaining a few things in class that were confusing to me. It was such a warm group and my classmates came from different parts of the world. Some had been living in Germany for years, others months. The teachers (for grammar and for speaking) gently explained and corrected my pronunciation as I went along, trying to figure out which words stayed the same in the plural form and which ones changed in spelling. Throughout the week, I was able to learn how to introduce myself, my age, my birthday, where I’m from, and how long I’ve been living in Germany. I recall how some classmates stated they’ve been here for months or years, whereas Conchi and I meekly mentioned that we’ve been here for two days. It was an astonishing moment. Moreover, I learned basic and practical German words such as numbers, food, how to order, days of the week, months and seasons of the year, and parts of the house. Thank you, VHS.

I also like how my German teachers put a premium on pronunciation and told us that it is more important to learn how to enunciate correctly as this is useful in our everyday lives. I find this to be very important and something I can prioritize more in my own classes as an English teacher. 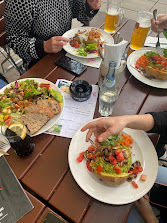 Above all else, I enjoyed eating at different restaurants and exploring the food and beverage choices of the city. On the first day, I had to learn how to buy a bottle of still water, as I learned that if you order water without saying this, they usually give it carbonated. We mostly had lunch around the city and I enjoyed getting to know my schoolmates from EOI. Since day 1, I remember being on the lookout for currywurst. We also went to Trollinger, a restaurant my Spanish B2 classmates recommended and it has to be one of the best restaurants I have ever been to in Germany.

I enjoyed people watching and observing how these people lived their lives. It is interesting to me how efficient they are by giving you your change at your table, eating while standing up, and how respectful they are in general, among other things. They enjoyed their cakes and tarts. They respected silence at night times and were strict with punctuality (which I appreciated, as well). There are a lot of bike lanes and green spaces. I also learned that people clean up their floors and segregate their trash and strictly follow the streetlights. 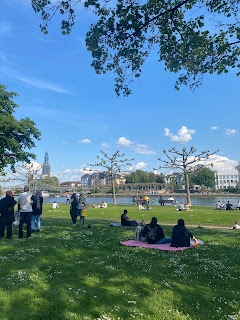 I have gone to Frankfurt, Stuttgart, and Tübingen, places that I never thought I would ever go
to in my life. I have met people who had such different lives from mine and made friends who go to the same language school as me, but I have never seen them since the school year began. And I have learned much about multiculturalism, understanding, diversity, how languages affect how a person thinks (see: principle of linguistic relativity), how different languages may have different means of expressing the same thing, and how cultural and language exchange can be a means to get to know other people from different parts of the world and be an instrument of personal and professional growth and development. I will always be grateful that I have been given this incredible opportunity.

I have a strong feeling I’ll see you again. Thank you, Germany. You will forever be one of my favorite stories to tell. 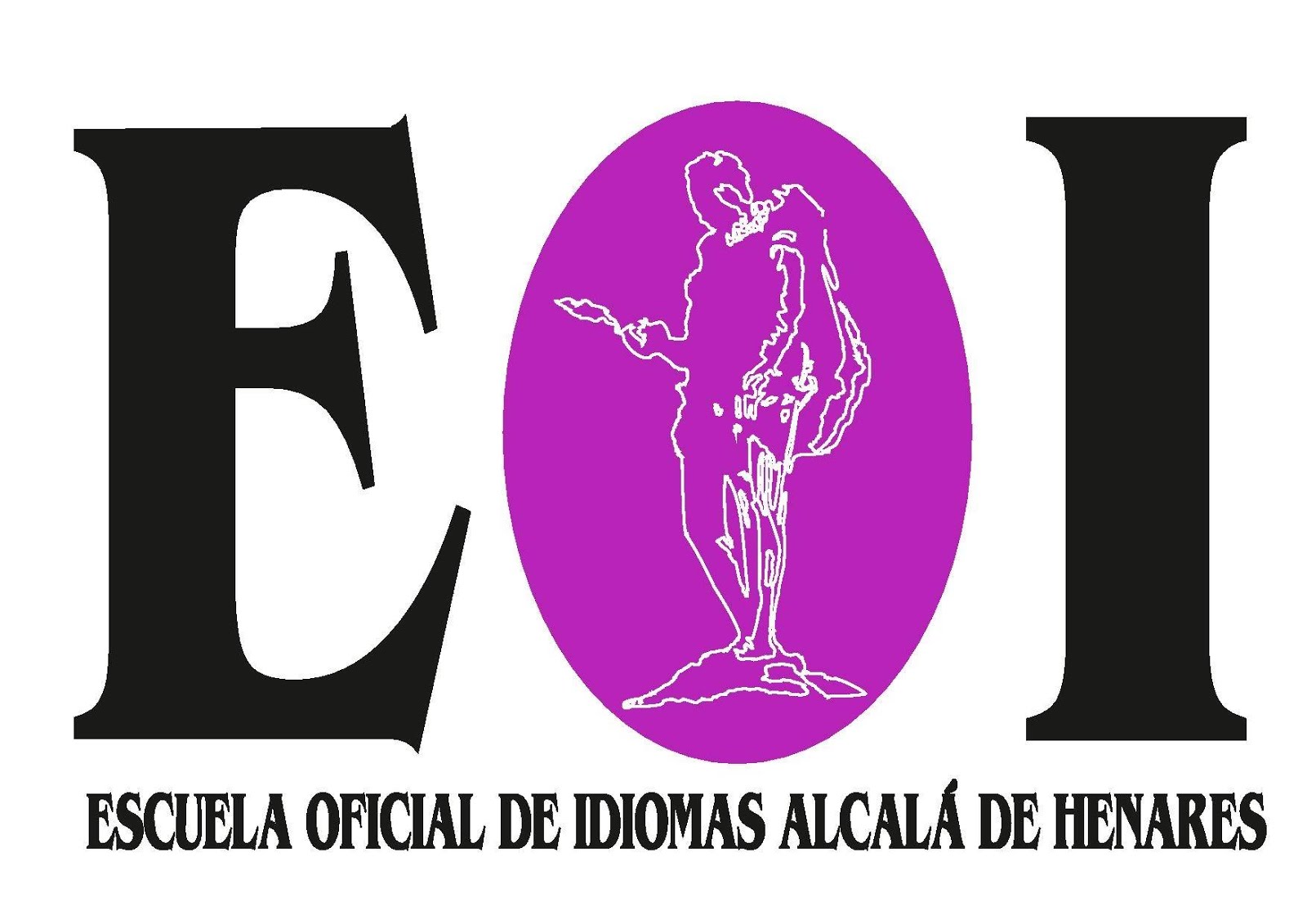 My first time in Germany after 27 years! 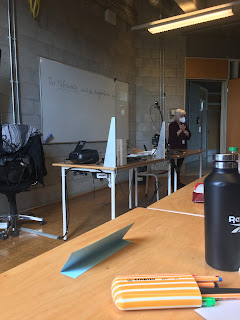